One of the oldest living inhabitations of the world, the sacred city of Varanasi or Benaras, nestled on the banks of the holy Ganges river, has been attracting pilgrims for centuries. Celebrated author Mark Twain, who visited India in the last decade of the 19th century, described the city as “older than history, older than tradition, older even than legend.”

Believed to be the abode of Lord Shiva, Varanasi is among the seven sacred cities in the country. Centuries of history, art and tradition have conflated to add colourful layers to Varanasi's aura, which is most spectacularly evident at its ghats (stepped banks of a river). An abode of travellers in search of holiness and divine providence, the ghats of the Ganges are the highlight of the spiritual scene of Varanasi. From the famous Ganga arti (a fire ritual) to cremation ceremonies, the ghats are the site of time-honoured rituals that are performed to this day.

Legend has it that Lord Shiva channelled the celestial Ganga on earth, and that is why the river is considered holy. Thousands of devotees from all over the country come to bathe in its waters as it is believed that taking a dip in the holy Ganges absolves one of their sins. It is also believed that those cremated here achieve moksha (salvation). For many, the sacred Kashi Yatra (pilgrimage to Kashi, as Varanasi was earlier called) is one of the most important rituals to undertake during their lifetime.
In recent years, the city has turned into a purveyor of philosophy, yoga, the ancient medicinal science of Ayurveda, and astrology.

Varanasi is also one of the holiest sites of Buddhism, as it was in Sarnath, which is located merely 12 km away, that Lord Buddha preached his first sermon. Jain literature, too, refers to Kashi as a holy city, as it is the birthplace of four Jain tirthankaras (saints). It is said that Kabir, a 15th-century mystic poet and saint, was also born in this city.

Below is a selection of the Varanasi hotels we offer on our India holidays. If you the hotel you would like isn't listed, just give us a call. 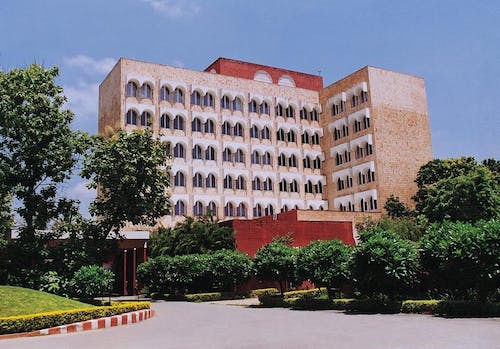