Lake Naivasha is a beautiful freshwater lake, fringed by thick papyrus. The lake is almost 13kms across, but its waters are shallow with an average depth of five meters.

Lake area varies greatly according to rainfall, with an average range between 114 and 991 sq. kms. At the beginning of the 20th Century, Naivasha completely dried up and effectively disappeared. The resulting open land was farmed, until heavy rains a few years later caused the lake to return to existence, swallowing up the newly established estates.

The lake and its surroundings are rich in natural bounty, and the fertile soils and water supply have made this one of Kenya’s prime agricultural regions. Much of the lake is surrounded by forests of the yellow barked Acacia Xanthophlea, known as the yellow fever tree.

These forests abound with bird life, and Naivasha is known as a world class birding destination. The waters of the lake draw a great range of game to these shores. Giraffes wander among the acacia, Buffalo wallow in the swamps and Colobus monkeys call from the treetops while the Lakes large hippo population sleep the day out in the shallows.

Below is a small selection of the Lake Naivasha hotels & lodges we offer on our Kenya holidays. If the hotel you require is not listed, just give us a call. 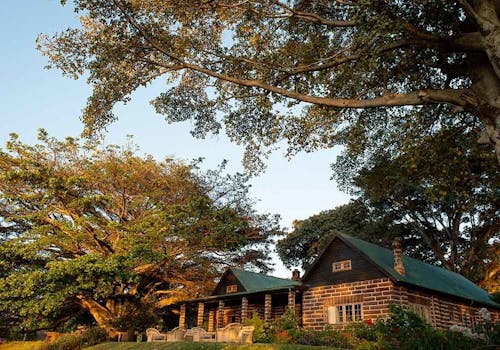