Founded in 1639, Newport is considered to be the shining gem in the coastal crown of New England. A haven for religious dissenters, a critical Colonial Era port city, a thriving artists’ colony, a summer playground for America’s barons of industry during the Gilded Age, home to the U.S. Naval War College and known as America’s First Resort, Newport is a destination like none other.

Newport is known for its breathtaking coastal views, waterfront restaurants, yachting history, legendary music festivals, opulent mansions and shopping galore.
Newport has had its ups and downs over the years. It started as a booming colonial seaport, and then was devastated by the British occupation during the Revolutionary War.
It boomed again during the Gilded Age, when the nation's elite families began building "summer cottages" here, but then suffered with the rest of the nation during the Great Depression.
After recovering from the Depression, losing the U.S. Navy during the malaise of the 1970's was another hit to the local economy. But Newport has bounced back again, and is now known as one of the most beautiful and historic vacation destinations in the world.
Newport, a city of just 11 square miles, is home to 3 National Historic Landmark Districts. That's a lot of history packed into such a small area!

Below is a small selection of the Newport holidays we offer. If you would like us to create a USA holiday including Newport just for you, give us a call.

Below is a small selection of the hotels in Newport 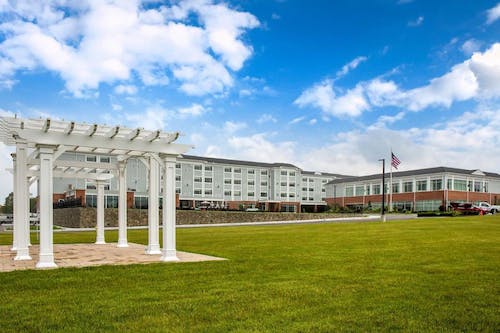