Step off the shore near Exmouth, swim a few metres through the clearest turquoise water on Earth, and you'll find yourself drifting over the world's largest fringing reef - the World Heritage listed Ningaloo Reef. This underwater paradise is a popular spot for all kinds of visitors, from dolphins, manta rays, turtles and humpback whales, to the largest fish in the ocean - the gentle whale shark.
Snorkelling or guided glass-bottom boat tours over the inner reef of Ningaloo reveals some of the 500 species of fish and over 200 varieties of coral that call it home. Keen divers should also take the opportunity to experience one of Australia's top ten dive sites, the Navy Pier.
Join an outer reef snorkel or dive tour and you'll encounter some the reef's larger inhabitants, including graceful manta rays and turtles. Venture into the deep blue between mid-March and late July and you can come face-to-fin with the gentle whale shark - it's one of the best places in the world for swimming with the largest fish in the sea.
The humpback whales aren't far behind, bringing whale watching season to Exmouth from June to November. Then comes turtle nesting time (November to March) - head for Exmouth's Jurabi Turtle Centre to find out about the vital role Ningaloo plays in protecting these endangered creatures.
In contrast to the bright blues of Ningaloo, the rugged red gorges and canyons of Cape Range National Park offer spectacular outback adventures and wildlife encounters just half an hour's drive south of town.

Below is a small selection of our Australia holidays visiting Exmouth.

Over the Top Motorhome Holiday 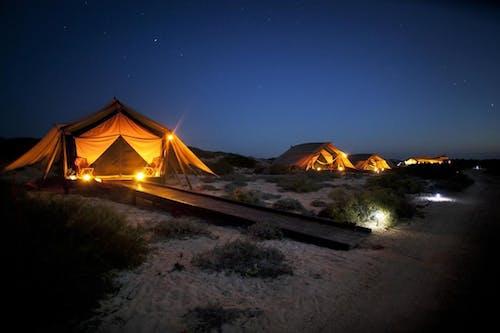 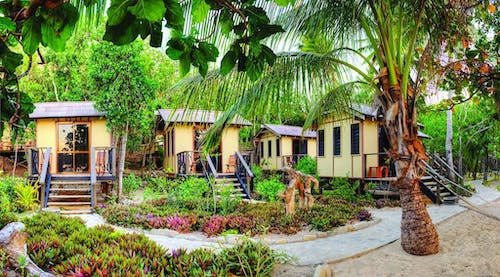