Enjoy the best of summer in Middleton. Visit unique attractions like Capital Brewery and the National Mustard Museum and explore the award-winning trail system. No car? No problem—hop on the free trolley! Minutes from Madison, Middleton is the perfect place to stay when you’re visiting the area.

Middleton traces its beginnings to an 1832 settlement, but was officially platted in 1856 and the village became a city in 1963. Today, the city retains its beautiful historic charm in important sites and buildings. History is alive in Middleton.

Middleton’s Native American History can be found at Pheasant Branch Conservancy. Visit sacred burial mounds and see where Blackhawk camped in 1832. To experience some of this history on foot, park in one of the lots off Pheasant Branch Road and follow the trails to Frederick’s Hill.

Not only is the re a great place to get tips on the best places to eat and shop, it’s also a historic train depot and museum! Built in 1856, the depot was an active passenger station until 1960. It’s listed on the National Registry.

The Historic Downtown Walking Tour will guide you through 200 years of Middleton’s fascinating past. Stroll past historic homes and early businesses. The tour passes some of Middleton’s great restaurants, so there are plenty of places to pause and relax on your tour.

Middleton’s first official inn, dating back to the mid-nineteenth century, is now the acclaimed restaurant, 1847 at the Stamm House. Legend has it the inn was once a stop on the Underground Railroad. It was also a former stagecoach stop and speakeasy.

Middleton is home to 28 historic landmarks, including beautiful and interesting homes, businesses and schools. Many of the properties are open to the public. For example, you’ll find historic businesses downtown that continue to operate as shops and restaurants.

Below is a small selection of the Middleton holidays we offer. If you would like us to create a USA holiday including Middleton just for you, give us a call. 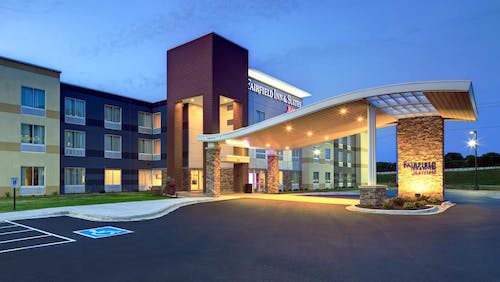