Yellowstone National Park is a nearly 3,500-sq.-mile wilderness recreation area atop a volcanic hot spot. Mostly in Wyoming, the park spreads into parts of Montana and Idaho too. Yellowstone features dramatic canyons, alpine rivers, lush forests, hot springs and gushing geysers, including its most famous, Old Faithful. It's also home to hundreds of animal species, including bears, wolves, bison, elk and antelope.

The mountains aren’t as high as those in Colorado, and the rivers are not as wide as those in Montana and Idaho, but the highlands of western Wyoming may be the most spectacular part of the entire Rockies. Yellowstone National Park typifies the reasons why people decided to preserve, rather than pave, Mother Nature’s enduring treasures.

If ever a park had a flair for the dramatic it’s Yellowstone—geysers, grizzlies, and its very own Grand Canyon, as well as trendy towns and backcountry trails that rarely see human footprints. After all these years, the world’s very first national park is still one of its most imposing, a blend of land and water, forest and field, wildlife and geo-thermal features that often seem to be living things.

It seems remarkable in hindsight that someone recognized the uniqueness of Yellowstone—and suggested that steps be taken at once to preserve such an incredible landscape—at the very time that America was realizing its manifest destiny by “conquering” much of the West.

Tucked up on the northwest corner of Wyoming with parts spilling over into Montana and Idaho, the massive park offers five different approaches that feed into the Grand Loop Road, a figure-eight highway in the middle of the park. Rather than a single focus, Yellowstone has five main hubs—Old Faithful, Grant Village, Lake Village, Canyon Village, and Mammoth Hot Springs—each of them linked to a unique geological or geographical phenomenon.

The most impressive entry is from Gardiner, Montana, in the northwest, a road that ducks beneath the famous Roosevelt Arch and meanders along the Gardiner River to Mammoth Hot Springs and the park headquarters. Albright Visitor Center is located in the historic bachelor officers’ quarters of old Fort Yellowstone, where the U.S. Cavalry kept watch over the park before the National Park Service was born. That sulfur smell that permeates the air is from the hot springs, a cluster of limestone travertine terraces that cascade down a hillside like a steaming waterfall.

Below are some suggestions as to where you can stay at Yellowstone National Park. Please note Yellowstone accommodation can be in Wyoming, Montana or Idaho. If the hotel you want to go to is not on the list, just give us a call. 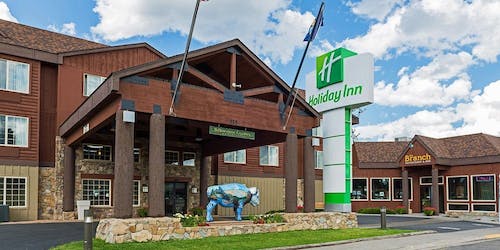 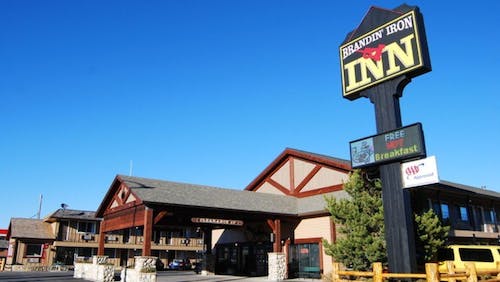 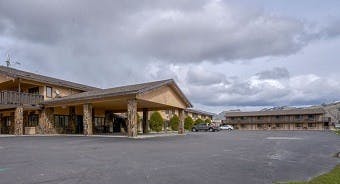 The Ridgeline Hotel at Yellowstone

View The Ridgeline Hotel at Yellowstone 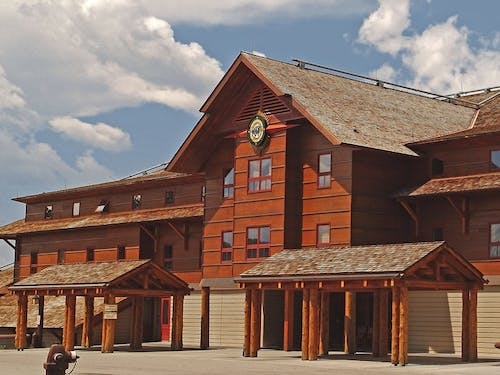