A small village at the end of Highway 14 on the southwest coast of Vancouver Island, Port Renfrew calls itself The Jewel of the West Coast, where you can experience the tranquility and beauty that has made the West Coast so famous.

Port Renfrew is situated on the inlet known as Port San Juan, named Puerto de San Juan in 1790 by Manuel Quimper, a Spanish explorer who charted the Strait of Juan de Fuca in the late 18th century.

As mail addressed to Port San Juan was frequently delivered to the San Juan Islands in error, settlers renamed their post office Port Renfrew in 1895, in honour of Lord Renfrew, who at one stage planned to settle Scottish crofters to work the land in the San Juan Valley.

Port Renfrew provides visitors with the quintessential West Coast experience. It has all the makings of a fabulous outdoor destination, with wildlife, rivers, lakes, beaches, camping, hiking, fishing, surfing, and huge old-growth trees.

Port Renfrew is best known as the trailhead for both the Juan de Fuca Marine Trail and the historic West Coast Trail, a world-famous hiking trail built in 1907 to save sailors shipwrecked on the rugged coastline. Both routes are rigorous hikes, with steep grades and roaring surf at almost every turn.

Port Renfrew has a history rich in forestry and fishing, and today offers some of the best salmon and halibut fishing in North America. Tourist information, supplies, accommodation, camping facilities and fishing charters are all available in Port Renfrew. 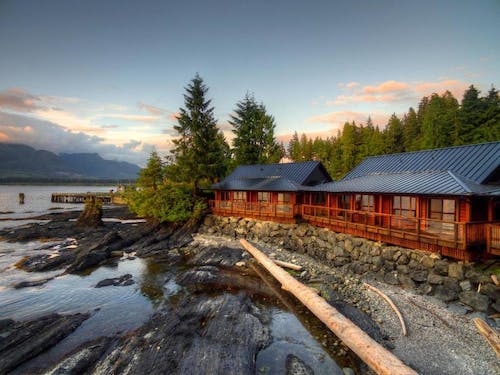