The history of Santa Barbara runs deep, through many cultures, across the Santa Barbara Channel, and throughout the city as it stands today. Culture is around every corner, and as you step into Santa Barbara, it’s also a step back in time into early Hollywood or to the very first days of Fiesta.

Santa Barbara is sometimes referred to as the American Riviera. Sporting beautiful beaches, majestic mountains, and colourful culture. Whether you enjoy hiking, fine-dining, water sports, lazing on the beach, culture, or a great nightlife, Santa Barbara has something for you.

Spanish Colonial influence can be seen around every corner, explore the rich history that established Santa Barbara. Before Hollywood, Santa Barbara was home to California's first movie studio and hundreds of silent movies were produced here in the 1920s

Santa Barbara's harbour is home to the famous Stearns Wharf, California's oldest working wharf dating back to 1872 a great destination for the entire family.

The southern border of the City contains four miles of beaches including East Beach, West Beach, Leadbetter and Shoreline Park,

The Waterfront is the place to satisfy all culinary tastes. Stearns Wharf offers world-class restaurants, a wine-tasting room, a candy store, and an ice cream shop for dessert.

Below is a small selection of the Santa Barbara holidays we offer. If you would like us to create a USA holiday including Santa Barbara just for you, give us a call.

Below are a few of the hotels we feature as part of our Santa Barbara holidays. If a hotel you are interested is not listed please call us. 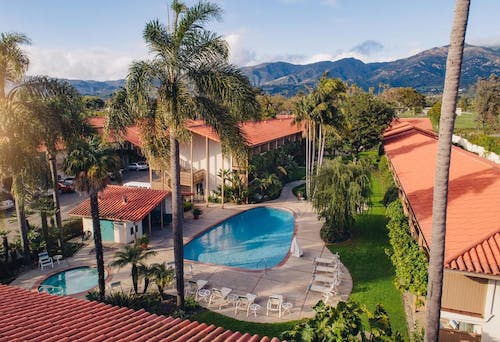 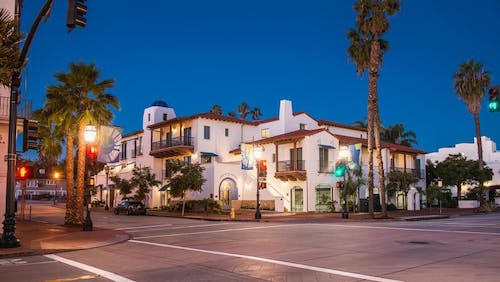