Siem Reap province is located in northwest Cambodia. It is the major tourist hub in Cambodia, as it is the closest city to the world famous temples of Angkor (the Angkor temple complex is north of the city). The provincial capital is also called Siem Reap and is located in the South of the province on the shores of the Tonle Sap Lake, the greatest sweet water reserve in whole Southeast Asia. The name of the city literally means Siamese defeated, referring to the victory of the Khmer Empire over the army of the Thai kingdom in the 17th century.

At the turn of the millennium Siem Reap was a Cambodian provincial town with few facilities, minor surfaced roads and little in the way of nightlife. Tourism industry catered largely to hardy backpackers willing to brave the tortuous road from the Thai border on the tailgate of a local pick-up truck. There were a couple of large hotels and a handful of budget guesthouses. Tuk-tuks and taxis were non-existent and the trusty motodup was the chosen means of touring the temples of Angkor.

The proximity of the Angkorian ruins turned Siem Reap into a boomtown in less than half a decade. World class hotels have sprung up and tourism has become an exciting and dynamic industry. The Siem Reap of today is barely recognizable from the Siem Reap of 20 years ago.

Below is a small selection of the Siem Reap hotels we offer on our Cambodia holidays. If the hotel you are looking for is not listed, just give us a call. 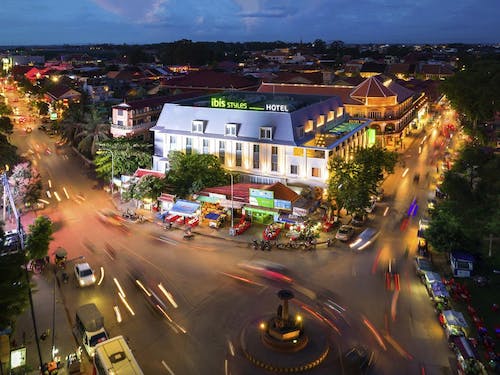 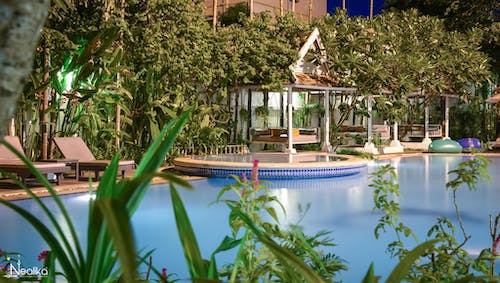 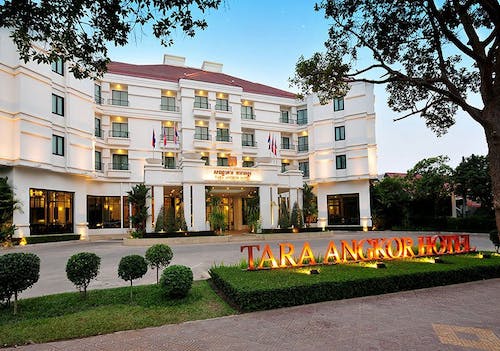 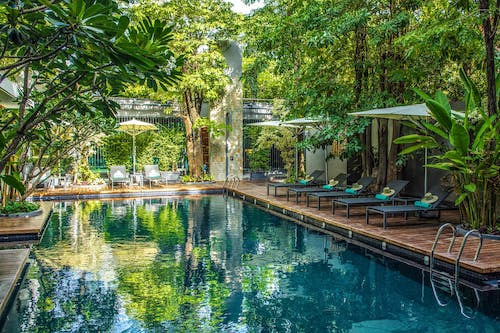