Among Southern Africa’s fascinating game reserves, Pilanesberg National Park is possibly the most accessible. Situated in the ecologically rich transition zone between the Kalahari and the Lowveld, this vast area promises thrilling big game viewing in a malaria free environment. A wide variety of accommodation is available to suit your needs.
Pilanesberg National Park, or Pilanesberg Game Reserve as it is often called, is located in the Bojanala Region, within the North West Province and relatively near Johannesburg. With an area of 550km², it is the fourth largest park in South Africa. The volcano crater in which the park is situated erupted 1300 million years ago. Pilanesberg was originally owned by 3 of the local tribes. Many of the Stone Age and Iron Age sites around the reserve show proof of the presence of man.

Home to the Big 5, some of the most beautiful scenery within the entire park can be viewed in the Mankwe Dam region. The dam is the largest body of water in the game reserve. This makes it the perfect place to spot a wide variety of animals. water-buck, wildebeest, zebra and impala are among the animals that make a stopover on the grassland bordering the dam.

For bird lovers, there is a bird hide very close to the water’s edge. Make sure you take note of the fish eagles, kingfishers and cormorants circling the dam. All of these places provide many a fantastic opportunity to photograph the plentiful array of fauna and flora.

Below is a small selection of the Pilanesberg National Park hotels we offer on our South Africa holidays. If the hotel you require is not listed, just give us a call. 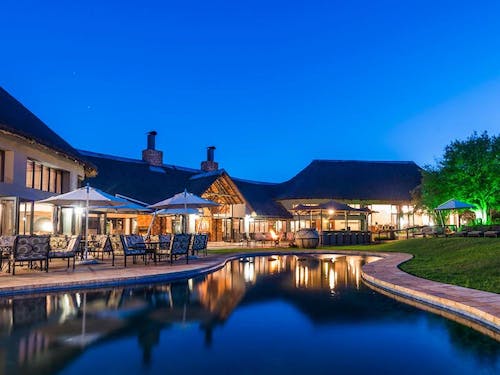 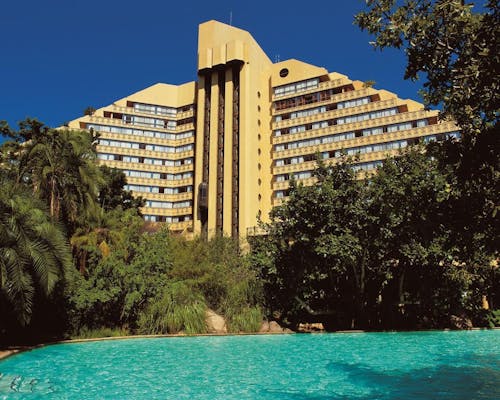